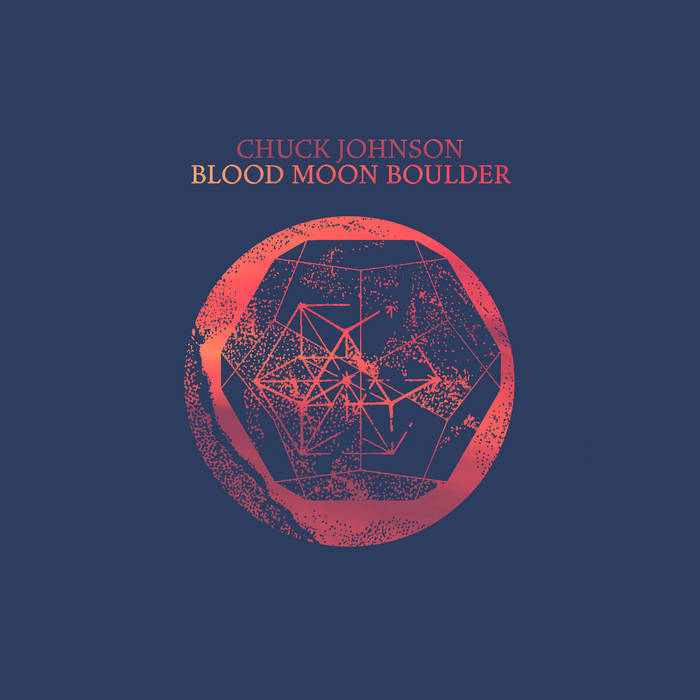 Paco I'd looked long and hard for something with this post-apocalyptic instrumental folk sound. Favorite track: Medicine Map.

Lars Gotrich Chuck Johnson's solo acoustic guitar music can be steady and beautiful, then answer with a soul-stirring quake. Favorite track: Silver Teeth in the Sun.

Joe Sander Love the album it's some excellent playing

Chuck Johnson’s impact on the contemporary guitar world continues to be felt. His first two solo records signaled the arrival of a
unique player, steeped in various forms of playing and influence, yet distinctly modern. Johnson eschews a weathered
traditionalism for the wide-scope expanse of 21st Century Americana.

On his third album, Blood Moon Boulder, Johnson reaches a compositional peak in a nod to the picturesque naturalism of the American landscape. The dynamics of his range can be felt on this singular record, a soundtrack-like listen that rewards the ear with rich detail.

His precision and tone recall the heights of Ry Cooder’s Paris, Texas on the extended opening track “Corvid Tactics.” Notably,
the guitarist duels with a phantom Chinese radio signal that slips through the silences during the recording session.
One can hear the ghostly sounds peek through at moments as Johnson bends his strings. “Medicine Map” delivers a melodic melancholy, with an every-note-perfectly-placed aesthetic. Rather than ramble or evoke some kind of outdated nostalgia, Johnson lets his cinematic
instincts take lead.

Perhaps most evocative of this approach is “Private Violence,” a meditative composition with gorgeous pedal steel played on top of
electric six-string, ending in a sustained tonal minimalism that could easily stretch into a whole LP of its own. Blood Moon Boulder
contains a lyricism, an exactitude and emotional arc all its own. And that’s worth playing again and again.
- Steve Lowenthal, author of Dance of Death: The Life of John Fahey, American Guitarist

"Chuck Johnson’s 2013 long player 'Crows in the Basilica' was one of the finest guitar soli excursions in recent memory. His latest release, 'Blood Moon Boulder', might just be even better. Gorgeously recorded by Trans Am’s Phil Manley, the half-dozen tracks here showcase Johnson’s powerful six-string mastery, as the guitarist rolls out one breathtaking composition after the next." - Aquarium Drunkard

Violin on "The Deer and the Snake" by Marielle Jakobsons

Bandcamp Daily  your guide to the world of Bandcamp